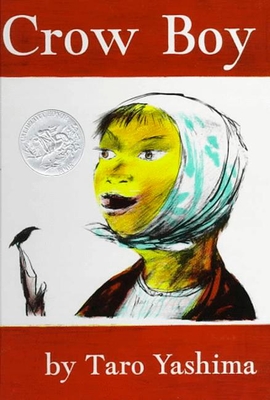 Winner of a Caldecott Honor

A shy Japanese boy having difficulty adjusting to school is misjudged by his classmates. Chibi has been an outcast since that frightening first day of school when he hid under the schoolhouse. Afraid of the teacher and unable to make any friends, Chibi passes his free time alone — alone at study time, alone at playtime, always a "forlorn little tag-along." But when Mr. Isobe arrives, the teacher sees things in Chibi that no one else has ever noticed...

"A shy mountain boy in Japan leaves his home at dawn and returns at sunset to go to the village school. Pictures and text of moving and harmonious simplicity." —Saturday Review

Taro Yashima was the pseudonym of Atsushi Iwamatsu, a Japanese artist who lived in the USA during World War II. Iwamatsu was born September 21, 1908, in Nejima, Kimotsuki District, Kagoshima, and raised there on the southern coast of Kyushu. His father was a country doctor who collected oriental art and encouraged art in his son. After studying for three years at the Imperial Art Academy in Tokyo, Iwamatsu became a successful illustrator and cartoonist. At one point both he and his wife Tomoe went to jail for his opposition to the militaristic government. In 1939, they went to the United States to study art, leaving behind their son Mako. After Pearl Harbor, Iwamatsu joined the U.S. Army and went to work as an artist for the Office of Strategic Services. It was then that he first used the pseudonym Taro Yashima, out of fear there would be repercussions for Mako and other family members if the Japanese government knew of his employment. He died in 1994.
Loading...
or support indie stores by buying on