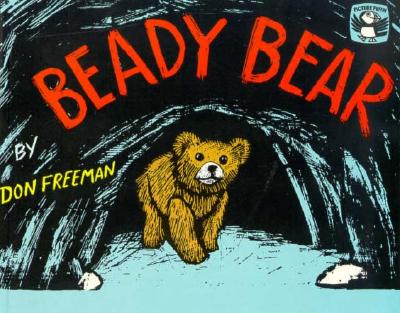 A toy bear goes off to a cave to live as a real bear should, only to find he needs something more to be truly happy.

Gradually, he eased into making a living sketching impressions of Broadway shows for "The New York Times" and "The Herald Tribune." This shift was helped along, in no small part, by a rather heartbreaking incident: he lost his trumpet. One evening, he was so engrossed in sketching people on the subway, he simply forgot it was sitting on the seat beside him. This new career turned out to be a near-perfect fit for Don, though, as he had always loved the theater.

He was introduced to the world of children's literature when William Saroyan asked him to illustrate several books. Soon after, he began to write and illustrate his own books, a career he settled into comfortably and happily. Through his writing, he was able to create his own theater: "I love the flow of turning the pages, the suspense of what's next. Ideas just come at me and after me. It's all so natural. I work all the time, long into the night, and it's such a pleasure. I don't know when the time ends. I've never been happier in my life!"

Don Freeman was the author and illustrator of many popular books for children, including "Corduroy," "A Pocket for Corduroy," and the Caldecott Honor Book "Fly High, Fly Low."
Loading...
or
Not Currently Available for Direct Purchase