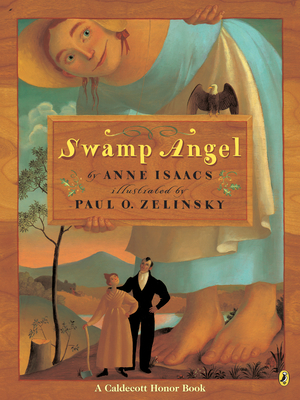 Swamp Angel can lasso a tornado, and drink an entire lake dry. She single-handedly defeats the fearsome bear known as Thundering Tarnation, wrestling him from the top of the Great Smoky Mountains to the bottom of a deep lake. Caldecott Medal-winning artist Paul O. Zelinsky's stunning folk-art paintings are the perfect match for the irony, exaggeration, and sheer good humor of this original tall tale set on the American frontier.