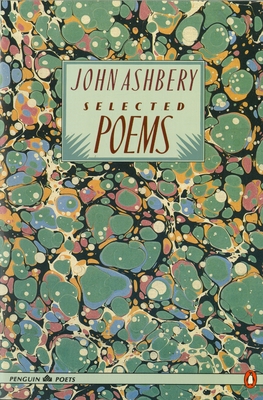 Selections from the first three decades of the poetry of John Ashbery, author of Self-Portrait in a Convex Mirror, winner of the Pulitzer Prize and the National Book Award

The late John Ashbery was a poet whose “teasing, delicate, soulful lines made him one of the most influential figures of late-20th and early 21st century American literature.” (The New York Times)  This important volume gathers work from his first ten collections of poetry, from Some Trees, which was chosen by W.H. Auden for the Yale Younger Poets Series (1956), to A Wave (1984). The 138 poems in this volume include short lyrics, haikus, prose poems, and many of Ashbery’s major long poems, including “Self-Portrait in a Convex Mirror,” offering a beautiful distillation of the first thirty years of his remarkable, groundbreaking work.

“Contains Ashbery’s greatest work and confirms his position as one of America’s finest poets since Wallace Stevens.” —Edward Guerschi, Newsday

“Mr. Ashbery remains one of his generation’s most gifted and eloquent poets . . . He writes persuasively—and movingly—of the poetic process, of the attempts of the artist to wring order out of chaos.” —Michiko Kakutani, The New York Times

“No other poet is as daring . . . None inhabits such a Versailles of the imagination. This formidable new volume offers the finest of his oeuvre.” —Carolyn Forche, Vanity Fair

John Ashbery (1927 – 2017) was the author of more than twenty-five collections of poetry, including Self-Portrait in a Convex Mirror, which won the Pulitzer Prize, the National Book Award, and the National Book Critics Circle Award;  Selected Poems (1985); and Selected Later Poems (2007), which was awarded the 2008 International Griffin Poetry Prize. Ashbery’s honors included a MacArthur Fellowship and a Lifetime Achievement Award from the National Book Foundation in 2011.
or
Not Currently Available for Direct Purchase