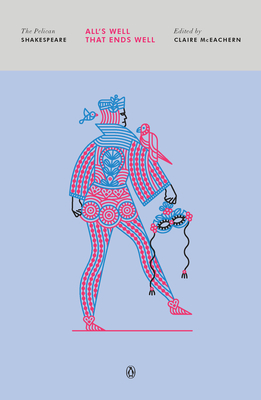 Praise For All's Well That Ends Well (The Pelican Shakespeare)…

“A remarkable edition, one that makes Shakespeare’s extraordinary accomplishment more vivid than ever.”—James Shapiro, professor, Columbia University, bestselling author of A Year in the Life of Shakespeare: 1599

Stephen Orgel is the Jackson Eli Reynolds Professor of the Humanities at Stanford University and general editor of the Cambridge Studies in Renaissance Literature and Culture. His books include Imagining Shakespeare, The Authentic Shakespeare, Impersonations: The Performance of Gender in Shakespeare’s England and The Illusion of Power.
Loading...
or support indie stores by buying on
(This book is on backorder)