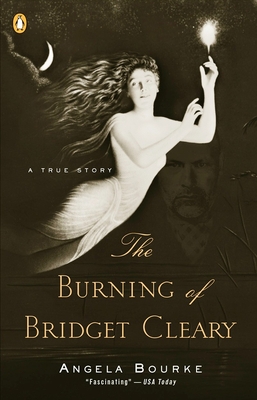 The Burning of Bridget Cleary

In 1895, Bridget Cleary, a strong-minded and independent young woman, disappeared from her house in rural Tipperary. At first her family claimed she had been taken by fairies-but then her badly burned body was found in a shallow grave. Bridget's husband, father, aunt, and four cousins were arrested and tried for murder, creating one of the first mass media sensations in Ireland and England as people tried to make sense of what had happened. Meanwhile, Tory newspapers in Ireland and Britain seized on the scandal to discredit the cause of Home Rule, playing on lingering fears of a savage Irish peasantry. Combining historical detective work, acute social analysis, and meticulous original scholarship, Angela Bourke investigates Bridget's murder.

Praise For The Burning of Bridget Cleary: A True Story…

"A fascinating, complex study...Bourke uses the horrific murder as a springboard to tell a larger story about sex, religion, and politics." —USA Today

Angela Bourke is senior lecturer in Irish at University College, Dublin. She has been a visiting professor at Harvard University and the University of Minnesota and writes, lectures, and broadcasts on Irish oral tradition and literature.
Loading...
or
Not Currently Available for Direct Purchase