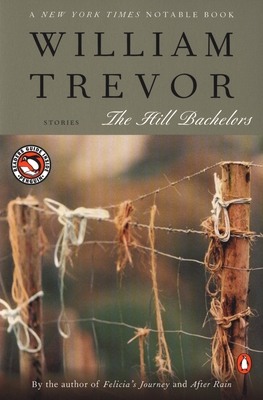 His first collection since the bestselling After Rain, William Trevor's The Hill Bachelors is a heartbreaking book about men and women and their missed opportunities: four people live in a suburban house, frozen in a conspiracy of silence that prevents love's consummation; a nine-year-old dreams that a part in a movie will heal her fragmented family life; a brother and sister forge a new life amid the chaos of Ireland after the Rebellion; and in the title story, a young man chooses between his longtime love and a life of solitude on the family farm. These beautifully rendered tales reveal Trevor's compassion for the human condition and confirm once again his position as one of the premier writers of the short story.

Praise For The Hill Bachelors…

"One of the very best writers of our era." —The Washington Post Book World

"Ireland's answer to Chekhov has produced another story collection of splendid melancholy." —The Boston Globe