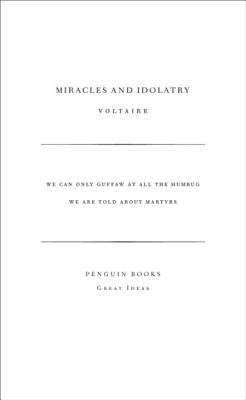 Francois-Marie Arouet, writing under the pseudonym Voltaire, was born in 1694 into a Parisian bourgeois family. He became notorious for lampoons on leading notables and was twice imprisoned in the Bastille. By his mid-thirties his literary activities precipitated a four-year exile in England where he won the praise of Swift and Pope for his political tracts. His publication, three years later in France, of Lettres philosophiques sur les Anglais (1733), an attack on French Church and State, forced him to flee again. For twenty years Voltaire lived mainly away from Paris. Among his best-known books are satirical tales such as Zadig (1747) and Candide (1759). He died in Paris in 1778.
Loading...
or
Not Currently Available for Direct Purchase