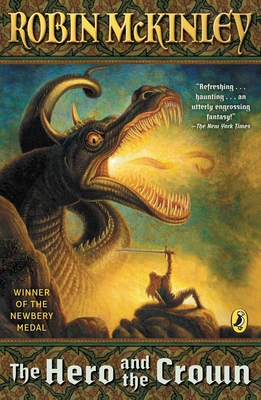 Although she is the daughter of Damar's king, Aerin has never been accepted as full royalty. Both in and out of the royal court, people whisper the story of her mother, the witchwoman, who was said to have enspelled the king into marrying her to get an heir to rule Damar-then died of despair when she found she had borne a daughter instead of a son. But none of them, not even Aerin herself, can predict her future-for she is to be the true hero who will wield the power of the Blue Sword...