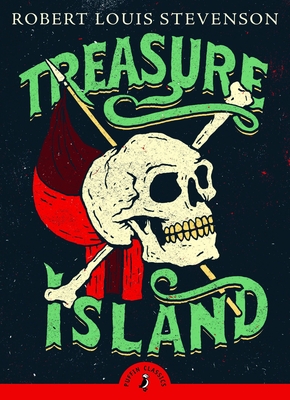 Following the demise of bloodthirsty buccaneer Captain Flint, young Jim Hawkins finds himself with the key to a fortune. For he has discovered a map that will lead him to the fabled Treasure Island. But a host of villains, wild beasts and deadly savages stand between him and the stash of gold. Not to mention the most infamous pirate ever to sail the high seas . . . With a wonderfully funny introduction by award-winning author Eoin Colfer, Treasure Island is one of the twenty brilliant classic stories being reissued in Puffin Classics in March 2015.

Robert Louis Stevenson (1850-94) was born in Edinburgh, Scotland. He studied law but preferred writing and in 1881 was inspired by his stepson to write Treasure Island. Other famous adventure stories followed including Kidnapped, as well as the famous collection of poems for children, A Child's Garden of Verses. Robert Louis Stevenson is buried on the island of Samoa.

"Over Treasure Island I let my fire die in winter without knowing I was freezing."
or support indie stores by buying on
Copyright © 2020 American Booksellers Association