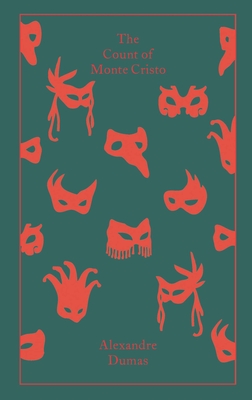 A beautiful new clothbound edition of Alexandre Dumas' classic novel of wrongful imprisonment, adventure and revenge. Thrown in prison for a crime he has not committed, Edmond Dantes is confined to the grim fortress of the Château d'If. There he learns of a great hoard of treasure hidden on the Isle of Monte Cristo and becomes determined not only to escape but to unearth the treasure and use it to plot the destruction of the three men responsible for his incarceration. A huge popular success when it was first serialized in the 1840s, Dumas was inspired by a real-life case of wrongful imprisonment when writing his epic tale of suffering and retribution.

Praise For The Count of Monte Cristo (Penguin Clothbound Classics)…

Alexandre Dumas was born in 1802 at Villers-Cotterets in France. He received very little education but when he entered the household of the future king, Louis-Philippe, he began to read voraciously and then to write. He is best remembered for his historical novels, The Count of Monte Cristo and The Three Musketeers. Dumas died in 1870. Robin Buss was a writer and translator who worked for the Independent on Sunday and as television critic for The Times Educational Supplement. He published critical studies of works by Vigny and Cocteau, and three books on European cinema, The French Through Their Films (1988), Italian Films (1989) and French Film Noir (1994). He also translated a number of volumes for Penguin Classics. He died in 2006.
Loading...
or support indie stores by buying on
(This book is on backorder)