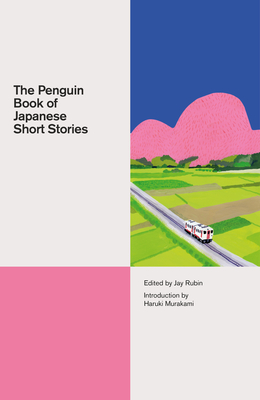 A major new collection of Japanese short stories, many appearing in English for the first time, with an introduction by Haruki Murakami, author of Killing Commendatore

This fantastically varied and exciting collection celebrates the art of the Japanese short story, from its origins in the nineteenth century to the remarkable practitioners writing today. Edited by acclaimed translator Jay Rubin, who has himself freshly translated some of the stories, and with an introduction by Haruki Murakami, this book is a revelation.

For more than seventy-five years, Penguin has been the leading publisher of classic literature in the English-speaking world. With more than 2,000 titles, Penguin Classics represents a global bookshelf of the best works throughout history and across genres and disciplines. Readers trust the series to provide authoritative texts enhanced by introductions and notes by distinguished scholars and contemporary authors, as well as up-to-date translations by award-winning translators.

“An exhilarating glimpse into Japanese literature.” —Patti Smith, via Instagram

“One of my most treasured volumes.” —Jeva Lange, The Week

“Assembled by longtime Haruki Murakami translator Jay Rubin (and blessed with an introduction by Murakami himself), this handsome 576-page tome is cleverly organized by theme rather than chronology, giving the book a stronger sense of cohesion than if it had started in the nineteenth century and ended with stories from today. . . . You might encounter a witch, or a devastating earthquake, or ‘The Girl from Ipanema.’ ” —GQ, “The 17 Best Books of 2018”

“With everything from ritual suicides to cows with human faces, The Penguin Book of Japanese Short Stories is bizarre, exotic and memorably gory.” —Daily Mail (London)

“A feast of literature . . . [It’s] a literature lover’s dream, page after page of memorable writing, stories that leave a lasting impression yet can be fully absorbed in one sitting. It’s one anthology that will surely find a life outside the classroom, offering up the living, vital world of Japanese literature in all its diversity and with a true taste for excellence.” —The Japan Times

“Superb . . . Impressive . . . A fascinating collection of short stories from all periods and from several authors who all too rarely make it into English translation . . . Offers a perfect balance of the classic, along with the unsettling and innovatively modern. All the traditional literary superstars are here, but there are also stories which resonate with contemporary experience. The result is a superb collection of diverse voices whose stories are both intellectually and emotionally rewarding.” —PopMatters

“[An] excellent new collection . . . that pushes boundaries and makes some noise.” —International Examiner

“Reading through this collection has been so fresh and interesting. . . . Now and then I’d be quite astounded at the different and strangely compelling ways the fiction of my own country could be grasped. . . . Unpredictably rewarding.” —Haruki Murakami, from the Introduction

Jay Rubin (editor) is a translator and scholar who has translated several of Haruki Murakami’s major works, including Norwegian Wood and The Wind-Up Bird Chronicle, as well as Natsume Sōseki’s The Miner and Sanshirō and Ryūnosuke Akutagawa’s Rashōmon and Seventeen Other Stories. He is the author of Making Sense of Japanese, Haruki Murakami and the Music of Words, and a novel, The Sun Gods. He has taught at Harvard and lives in Seattle.

Haruki Murakami (introducer) is one of Japan’s most admired and widely read novelists, whose work has been translated into more than fifty languages. His more than twenty books include The Wind-Up Bird Chronicle, Kafka on the Shore, Norwegian Wood, and Killing Commendatore. Among his many international honors is the Jerusalem Prize, whose previous recipients include the Nobel Prize winners J. M. Coetzee and V. S. Naipaul. Born in Kyoto in 1949, Murakami now lives near Tokyo.
Loading...
or support indie stores by buying on