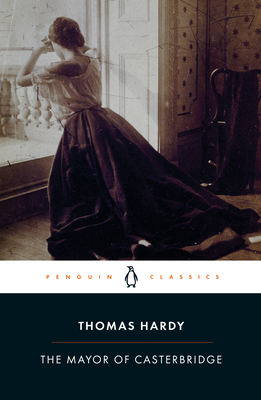 The Mayor of Casterbridge

A haunting study of guilt and lost love

In a fit of drunken anger, Michael Henchard sells his wife and baby daughter for five guineas at a country fair. Over the course of the following years, he manages to establish himself as a respected and prosperous pillar of the community of Casterbridge, but behind his success there always lurk the shameful secret of his past and a personality prone to self-destructive pride and temper. Subtitled "A Story of a Man of Character," Hardy's powerful and sympathetic study of the heroic but deeply flawed Henchard is also an intensely dramatic work, tragically played out against the vivid backdrop of a close-knit Dorsetshire town.

This edition includes an introduction, chronology of Hardy's life and works, the illustrations for the original serial issue, place names, maps, glossary, full explanatory notes as well as Hardy's prefaces to the 1895 and 1912 editions.

Praise For The Mayor of Casterbridge…

“Hardy’s world is a world that can never disappear.” —Margaret Drabble

Thomas Hardy (1840-1928) immortalized the site of his birth—Egdon Heath, in Dorset, near Dorchester—in his writing. Delicate as a child, he was taught at home by his mother before he attended grammar school. At sixteen, Hardy was apprenticed to an architect, and for many years, architecture was his profession; in his spare time, he pursued his first and last literary love, poetry. Finally convinced that he could earn his living as an author, he retired from architecture, married, and devoted himself to writing. An extremely productive novelist, Hardy published an important book every year or two. In 1896, disturbed by the public outcry over the unconventional subjects of his two greatest novels—Tess of the D’Urbervilles and Jude the Obscure—he announced that he was giving up fiction and afterward produced only poetry. In later years, he received many honors. He was buried in Poet’s Corner, in Westminster Abbey. It was as a poet that he wished to be remembered, but today critics regard his novels as his most memorable contribution to English literature for their psychological insight, decisive delineation of character, and profound presentation of tragedy.

Keith Wilson is a Professor of English at the University of Ottawa and has edited Hardy's Fiddler of the Reels and Other Stories for Penguin Classics.
Loading...
or support indie stores by buying on