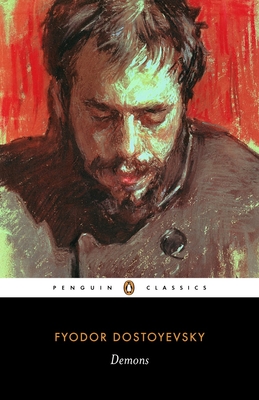 Pyotr and Stavrogin are the leaders of a Russian revolutionary cell. Their aim is to overthrow the Tsar, destroy society, and seize power for themselves. Together they train terrorists who are willing to lay down their lives to accomplish their goals. But when the group is threatened with exposure, will their recruits be willing to kill one of their own to cover their tracks? Savage and powerful yet lively and often comic, Demons was inspired by a real-life political murder and is a scathing and eerily prescient indictment of those who use violence to serve their beliefs.

Fyodor Dostoyevsky (1821–1881), one of nineteenth-century Russia’s greatest novelists, spent four years in a convict prison in Siberia, after which he was obliged to enlist in the army. In later years his penchant for gambling sent him deeply into debt. Most of his important works were written after 1864, including Notes from Underground, Crime and Punishment, The Idiot, and The Brothers Karamazov, all available from Penguin Classics.
Loading...
or support indie stores by buying on