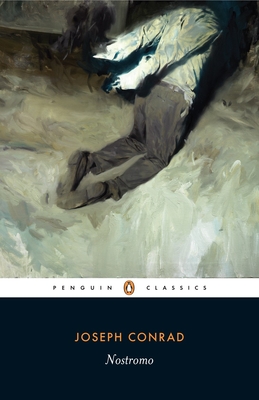 A Tale of the Seaboard

Nostromo, published in 1904, is one of Conrad's finest works. Nostromo - though one hundred years old - says as much about today's Latin America as any of the finest recent accounts of that region's turbulent political life. Insistently dramatic in its storytelling, spectacular in its recreation of the subtropical landscape, this picture of an insurrectionary society and the opportunities it provides for moral corruption gleams on every page with its author's dry, undeceived, impeccable intelligence.

Joseph Conrad (originally Józef Teodor Konrad Nalecz Korzeniowski) was born in the Ukraine in 1857 and grew up under Tsarist autocracy. In 1896 he settled in Kent, where he produced within fifteen years such modern classics as Youth, Heart of Darkness, Lord Jim, Typhoon, Nostromo, The Secret Agent and Under Western Eyes. He continued to write until his death in 1924. Today Conrad is generally regarded as one of the greatest writers of fiction in English—his third language.
or
Buy Here
Copyright © 2020 American Booksellers Association