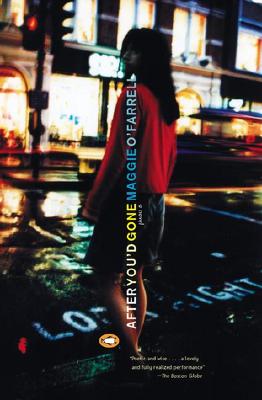 Alice Raikes takes a train from London to Scotland to visit her family, but when she gets there she witnesses something so shocking that she insists on returning to London immediately. A few hours later, Alice is lying in a coma after an accident that may or may not have been a suicide attempt. Alice's family gathers at her bedside and as they wait, argue, and remember, long-buried tensions emerge. The more they talk, the more they seem to conceal. Alice, meanwhile, slides between varying levels of consciousness, recalling her past and a love affair that recently ended. A riveting story that skips through time and interweaves multiple points of view, After You'd Gone is a novel of stunning psychological depth and marks the debut of a major literary talent.

Praise For After You'd Gone…

"It's the depiction of . . . deceptively small moments that is O'Farrell's winning gift. . . . Her absorbing characters gracefully circle one another 'round the room like moths at the light bulb,' grazing their wings against life's raw heat instead of being consumed by it." —The New York Times Book Review

Maggie O’Farrell’s debut novel, After You’d Gone, won a Betty Trask Award and earned her a spot on the “21 great talents for the 21st century” list compiled by the Orange Prize for Fiction panel.
Loading...
or
Not Currently Available for Direct Purchase