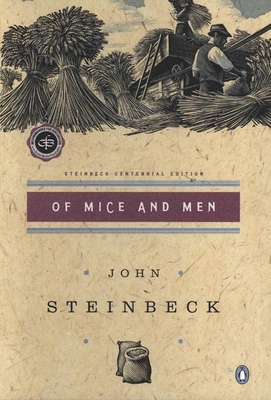 A controversial tale of friendship and tragedy during the Great Depression, in a deluxe centennial edition

Of Mice and Men represents an experiment in form, which Steinbeck described as “a kind of playable novel, written in a novel form but so scened and set that it can be played as it stands.” A rarity in American letters, it achieved remarkable success as a novel, a Broadway play, and three acclaimed films. This Centennial edition, specially designed to commemorate one hundred years of Steinbeck, features french flaps and deckle-edged pages.

Praise For Of Mice and Men: (Centennial Edition)…