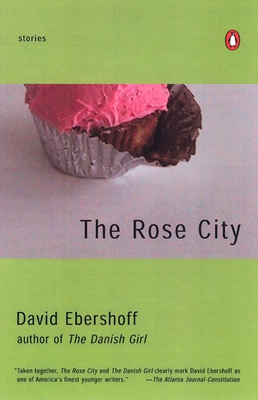 “Passion for us all will remain a troublesome thing.”

The Rose City combines a collection of unforgettable characters with Ebershoff’s trademark emotional insight and intelligent prose in seven stories about young men and boys as they discover and rediscover themselves in a world that never really works out as planned.  Often tragic but lacking in despair, The Rose City delves into the tribulations of youth, identity, sexuality – and longing for something just out of reach.  Written with compassion and truth, these stories present characters who live at the margins of the world at the moment they take their first steps toward acceptance and love.

Praise For The Rose City: Stories…

"Lyrical yet searingly graphic, it is truly literary territory. An important body of work." —Chicago Tribune

“[Herein] lies the power of Ebershoff’s gracefully written stories — by delving so deeply into the minds of his characters, he captures all the conflicting emotions and bitter truths of not just gay life, but life itself.” —Austin Chronicle

David Ebershoff's debut novel, The Danish Girl, was adapted into an Oscar-winning film starring Academy Award-winners Eddie Redmayne and Alicia Vikander. It was nominated for four Academy Awards, three Golden Globes, two SAG awards, and five BAFTAs. In 2017 the New York Times named The Danish Girl one of the 25 books that has shaped LGBTQ literature over the past 20 years. Ebershoff's most recent novel is the #1 bestseller The 19th Wife, which was made into a television movie that has aired around the globe. His books have been translated into more than twenty-five languages to critical acclaim. Ebershoff has appeared twice on Out Magazine's annual Out 100 list of influential LGBT people. He teaches in the graduate writing program at Columbia University and worked for many years as Executive Editor at Random House. Originally from California, he lives in New York City and loves to hear from readers via his website www.ebershoff.com.
Loading...
or
Not Currently Available for Direct Purchase