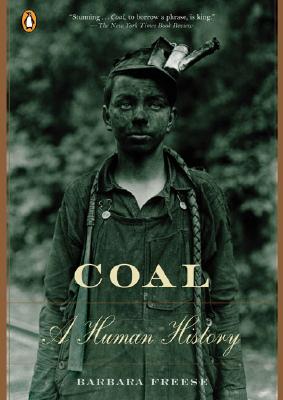 In this remarkable book, Barbara Freese takes us on a rich historical journey that begins hundreds of millions of years ago and spans the globe. Prized as the best stone in Britain by Roman invaders who carved jewelry out of it, coal has transformed societies, expanded frontiers, and sparked social movements, and still powers our electric grid. Yet coal's world-changing power has come at a tremendous price, including centuries of blackening our skies and lungs and now the dangerous warming of our global climate. Ranging from the great stinking fogs of London to the rat-infested coal mines of Pennsylvania, from the impoverished slums of Manchester to the toxic streets of Beijing, Coal is a captivating narrative about an ordinary substance with an extraordinary impact on human civilization.

Praise For Coal: A Human History…

"An enthralling journey, across time and across continents."
Howard Zinn, author of A People's History of the United States

"Stunning...Coal, to borrow a phrase, is king."
The New York Times Book Review

Barbara Freese, an assistant attorney general of Minnesota for more than twelve years, helped enforce her state s air pollution laws and along the way became fascinated by coal."
Loading...
or
Not Currently Available for Direct Purchase