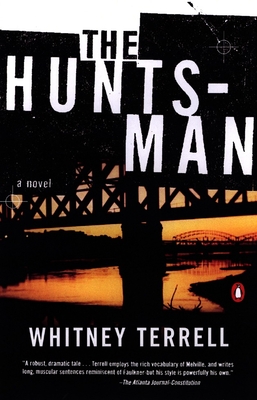 When a young debutante's body is pulled from the Missouri River, the inhabitants of Kansas City-a metropolis fractured by class division-are forced to examine their own buried history. At the center of the intrigue is Booker Short, a bitter young black man who came to town bearing a grudge about the past. His ascent into white Kansas City society, his romance with the young and wealthy Clarissa Sayers, and his involvement in her death polarize the city and lead to the final, shocking revelation of the wrong that Booker has come to avenge. With razor-sharp detail that presents the city as a character as vivid as the people living there, Whitney Terrell explores a divided society with unflinching insight.

Praise For The Huntsman: A Novel…

"An exercise in literary prowess laced with long patches of history, simmering tensions and complex questions of betrayal and trust between and among races,  classes, and families." —Chicago Tribune

"A masterful, surprising first novel, Faulknerian in its tone and structure, by a fine new storyteller." —Kirkus Reviews

"A robust, dramatic tale.... Terrell employs the rich vocabulary of Melville, and writes long, muscular sentences reminiscent of Faulkner—but his style is powerfully his own." The Atlanta Journal-Constitution

Whitney Terrell was born and raised in Kansas City. His debut novel was a New York Times Notable Book. He is the New Letters writer in residence at the University of Missouri–Kansas City.
Loading...
or
Not Currently Available for Direct Purchase