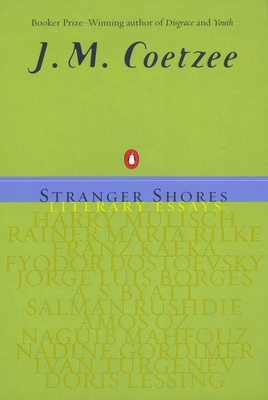 Two-time Booker Prize-winner J. M. Coetzee is one of the world's greatest novelists. This thought-provoking collection gathers twenty-six of his essays on books and writing. In his opening piece, "What Is a Classic?", Coetzee asks, "What does it mean in living terms to say that the classic is what survives?" He explores the answer by way of T. S. Eliot, Johann Sebastian Bach, and Zbigniew Herbert. Coetzee goes on to discuss eighteenth- and nineteenth-century authors such as Defoe and Turgenev, the German modernists such as Rilke, Kafka, and Musil, and the giants of late-twentieth-century literature, among them Brodsky, Gordimer, Rushdie, and Lessing.

Born in Cape Town, South Africa, on February 9, 1940, John Michael Coetzee studied first at Cape Town and later at the University of Texas at Austin, where he earned a Ph.D. degree in literature. In 1972 he returned to South Africa and joined the faculty of the University of Cape Town. His works of fiction include Dusklands, Waiting for the Barbarians, which won South Africa’s highest literary honor, the Central News Agency Literary Award, and the Life and Times of Michael K., for which Coetzee was awarded his first Booker Prize in 1983. He has also published a memoir, Boyhood: Scenes From a Provincial Life, and several essays collections. He has won many other literary prizes including the Lannan Award for Fiction, the Jerusalem Prize and The Irish Times International Fiction Prize. In 1999 he again won Britain’s prestigious Booker Prize for Disgrace, becoming the first author to win the award twice in its 31-year history. In 2003, Coetzee was awarded the Nobel Prize in Literature.