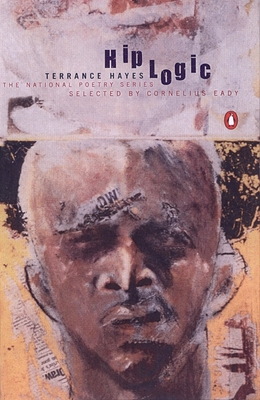 The second collection of poetry from the author of Lighthead, winner of the 2010 National Book Award

Terrance Hayes is a dazzlingly original poet, interested in adventurous explorations of subject and form. His new work, Hip Logic, is full of poetic tributes to the likes of Paul Robeson, Big Bird, Balthus, and Mr. T, as well as poems based on the anagram principle of words within a word. Throughout, Hayes's verse dances in a kind of homemade music box, with notes that range from tender to erudite, associative to narrative, humorous to political. Hip Logic does much to capture the nuances of contemporary male African American identity and confirms Hayes's reputation as one of the most compelling new voices in American poetry.

“Hayes is one elegant poet.  First you’ll marvel at his skill, his near-perfect pitch, his disarming humor, his brilliant turns of phrase.  Then you’ll notice the grace, the tenderness.” – Cornelius Eady

“A book like no other. . . his range, like his original music, is that of a bold virtuoso . . . the imaginative logic in these poems is irrefutable.” – The Los Angeles Times

“Here is a brilliant and compassionate poet inventing new doorways for the heart.” – Toi Derricotte
or support indie stores by buying on
Copyright © 2020 American Booksellers Association