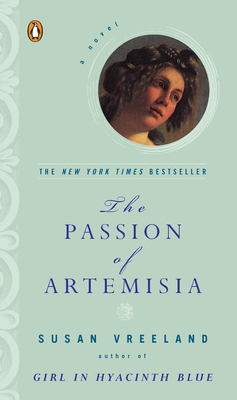 The Passion of Artemisia

Recently rediscovered by art historians, and one of the few female post-Renaissance painters to achieve fame during her own era, Artemisia Gentileschi led a remarkably "modern" life. Susan Vreeland tells Artemisia's captivating story, beginning with her public humiliation in a rape trial at the age of eighteen, and continuing through her father's betrayal, her marriage of convenience, motherhood, and growing fame as an artist. Set against the glorious backdrops of Rome, Florence, Genoa, and Naples, inhabited by historical characters such as Galileo and Cosimo de' Medici II, and filled with rich details about life as a seventeenth-century painter, Vreeland creates an inspiring story about one woman's lifelong struggle to reconcile career and family, passion and genius.

Praise For The Passion of Artemisia: A Novel…

"A privileged glimpse into an extraordinary woman's soul."—Margaret George

"Susan Vreeland set a high standard with Girl in Hyacinth Blue.... The Passion of Artemisia is even better.... Vreeland's unsentimental prose turns the factual Artemisia into a fictional heroine you won't soon forget." —People

"Vreeland has burrowed deeply into the mind of the artist and produced a vivid cast of female characters." —Vogue

"Vreeland's remarkable ability to portray with lyricism and intelligence the life of the artist both at its most practical and most sublime makes this novel an accomplished work of art." —San Francisco Chronicle

Susan Vreeland is the New York Times bestselling author of eight books, including Clara and Mr. Tiffany and Girl in Hyacinth Blue. She lives in San Diego.
Loading...
or
Not Currently Available for Direct Purchase