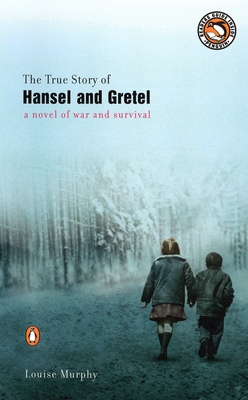 The True Story of Hansel and Gretel (Paperback)

A poignant and suspenseful retelling of a classic fairy tale set in a war-torn world, for readers of The Tattooist of Auschwitz, We Were the Lucky Ones, and Lilac Girls

In the last months of the Nazi occupation of Poland, two children are left by their father and stepmother to find safety in a dense forest. Because their real names will reveal their Jewishness, they are renamed “Hansel” and “Gretel.” They wander in the woods until they are taken in by Magda, an eccentric and stubborn old woman called a “witch” by the nearby villagers. Magda is determined to save them, even as a German officer arrives in the village with his own plans for the children. Louise Murphy’s haunting novel of journey and survival, of redemption and memory, powerfully depicts how war is experienced by families and especially by children.

Louise Murphy, winner of a Writers Digest Award for formal poetry, is the author of the novel The Sea Within and a book for children, My Garden. She is a regular contributor to numerous literary and poetry journals.

Praise For The True Story of Hansel and Gretel…

“This harrowing portrayal of the daily ordeal of Poles caught up in the German occupation—Gentiles as well as Jews—makes this a page-turner as well as a moving testament to the human will to do good and survive despite all odds. Highly recommended.”
—Library Journal

“It’s the scariet of all fairy tales, and it’s retold here with gripping realism. . . . The Grimms’ story is always there like a dark shadow intensifying the drama as the searing narrative transforms the old archetypes.”
—Booklist

“A provocative transformation of the classic fairy tale into a haunting survival story set in Poland during WWII. No reader who picks up this inspiring novel will put it down until the final pages, in which redemption is not a fairy tale ending but a heartening message of hope.”
—Publishers Weekly