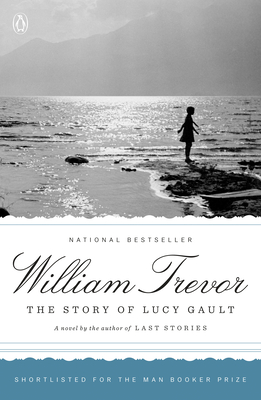 The Story of Lucy Gault

"The Story of Lucy Gault . . . once read, will never be forgotten."—The Washington Post Book World

The stunning novel from highly acclaimed author William Trevor is a brilliant, subtle, and moving story of love, guilt, and forgiveness. The Gault family leads a life of privilege in early 1920s Ireland, but the threat of violence leads the parents of nine-year-old Lucy to decide to leave for England, her mother's home. Lucy cannot bear the thought of leaving Lahardane, their country house with its beautiful land and nearby beach, and a dog she has befriended. On the day before they are to leave, Lucy runs away, hoping to convince her parents to stay. Instead, she sets off a series of tragic misunderstandings that affect all of Lahardane's inhabitants for the rest of their lives.

Praise For The Story of Lucy Gault: A Novel…

"One of Trevor's finest works . . . Few living writers are capable of such mournful depth as William Trevor, and here he has given us an evensong to time itself."
—The Boston Globe

"Trevor was and remains an author against whom other talents are measured. His work earns its place in the canon that 'time’s esteem' will keep alive.”
—The Economist

"Beautiful and devastating . . . Trevor has once again captured the terrible beauty of Ireland's fate, and the fate of us all-at the mercy of history, circumstance, and the vicissitudes of time."
—Alice McDermott, The Atlantic Monthly

"From the award-winning author of Felicia's Journey and My House in Umbria, a new novel that may well be his masterpiece."
—Philadelphia Inquirer

William Trevor was born in Mitchelstown, County Cork, and spent his childhood in provincial Ireland. He studied at Trinity College, Dublin. He is the author of twenty-nine books, including Felicia’s Journey, which won the Whitbread Book of the Year Award and was made into a motion picture, and The Story of Lucy Gault, which was shortlisted for both the Man Booker Prize and the Whitbread Fiction Prize. In 1996 he was the recipient of the Lannan Award for Fiction. In 2001, he won the Irish Times Literature Prize for fiction. Two of his books were chosen by The New York Times as best books of the year, and his short stories appeared regularly in The New Yorker. In 1997, he was named Honorary Commander of the British Empire.
Loading...
or support indie stores by buying on