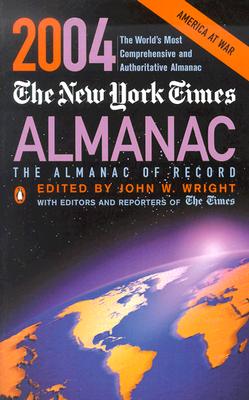 The Almanac of Record

The New York Times Almanac 2004 includes:
* Comprehensive coverage of all the states and every nation in the world
* The most comprehensive sports section of any almanac
* Notable obituaries from the world of politics, entertainment, and science
* More information about global terrorism, the Internet, the worldwide AIDS epidemic, and world population than any other almanac
* The most complete coverage of environmental issues, the economy, and the workings of the federal government
* All major Academy Award winners since 1928 and the names of all Nobel Laureates and why they won
* And much, much more