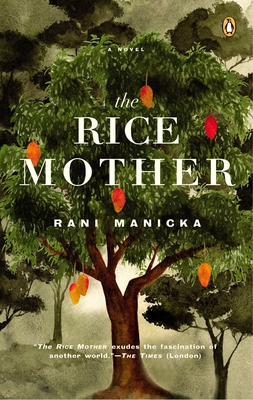 At the age of fourteen, Lakshmi leaves behind her childhood among the mango trees of Ceylon for married life across the ocean in Malaysia, and soon finds herself struggling to raise a family in a country that is, by turns, unyielding and amazing, brutal and beautiful. Giving birth to a child every year until she is nineteen, Lakshmi becomes a formidable matriarch, determined to secure a better life for her daughters and sons. From the Japanese occupation during World War II to the torture of watching some of her children succumb to life’s most terrible temptations, she rises to face every new challenge with almost mythic strength. Dreamy and lyrical, told in the alternating voices of the men and women of this amazing family, The Rice Mother gorgeously evokes a world where small pleasures offset unimaginable horrors, where ghosts and gods walk hand in hand. It marks the triumphant debut of a writer whose wisdom and soaring prose will touch readers, especially women, the world over.

Praise For The Rice Mother…

"Over the past decade there have been a smattering of literary novels that have defied convention and traditional reading demarcation lines by taking a grip on the masses...like Memoirs of a Geisha and Cold Mountain. The Rice Mother is one such book—A first novel of Eastern exoticism, myth and magic, and unforgettable characters, living and dead....You'll be hard-pressed to find a more powerful, moving read this year." —Glamour (UK)

"The Rice Mother exudes the fascination of another world.... It possesses a genuine intimacy and passionate involvement." —The Times (London)

"It would be difficult not to be seduced by the evocation of setting, family life, clothes, food and the intriguing mixture of myth, religion and superstition...there is a freedom and freshness in the manner in which the author explores the interior life of her characters...It possesses a genuine intimacy and passionate involvement." —Elizabeth Buchan

Rani Manicka, an economics graduate, was born and educated in Malaysia. Infused with her own South Asian family history, The Rice Mother is her first novel.
Loading...
or support indie stores by buying on