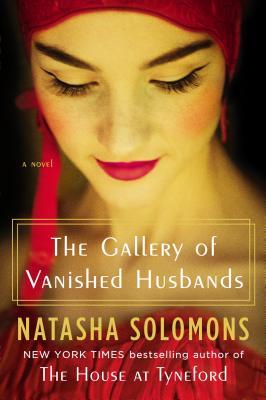 The Gallery of Vanished Husbands

A moving story of family and a life-long love affair in 1950s London, from theNew York Timesbestselling author ofThe House at Tyneford.
London, 1958. It's the eve of the sexual revolution, but in Juliet Montague's conservative Jewish community where only men can divorce women, she finds herself a living widow, invisible. Ever since her husband disappeared seven years ago, Juliet has been a hardworking single mother of two and unnaturally practical. But on her thirtieth birthday, that's all about to change. A wealthy young artist asks to paint her portrait, and Juliet, moved by the powerful desire to be seen, enters into the burgeoning art world of 1960s London, which will bring her fame, fortune, and a life-long love affair.

Praise For The Gallery of Vanished Husbands…

Praise for The Gallery of Vanished Husbands

"Natasha Solomons (The House at Tyneford) scores another win with The Gallery of Vanished Husbands . . . a beautifully told story that will resonate with readers who have ever felt there was more inside of them than what was expected of them." —The Cleveland Plain Dealer

"Solomons (The House at Tyneford) creates in Juliet a detailed character portrait of a woman who exhibits strength and poise under less than ideal conditions. Each chapter tells the story of one of Juliet’s paintings and of important events in her life, and readers will respond to the realistic and beautifully flawed characteristics assigned to her." —Library Journal, (starred review)

“Reads like a quiet domestic mystery and a romantic drama rolled into one. . . . absorbing and exciting.” —RT Book Reviews, (****)

"Solomons provides wonderful descriptions of London in the 1950s and 1960s, as the city re-awakens after years of deprivation and war, to become vibrant and lively, just like Juliet herself." —Historical Novel Society

"Solomons . . . has lavished care on every word and ensured this charming, mesmerising story is ultimately about the triumph of the human spirit . . . a warm, luscious read that brims with passion and skilfully evokes a bygone era . . . . a beautifully written tale about a woman who was left socially dead but rose again by seizing life." —The Times (London)

"Captivates you with its charm, quirkiness and old-fashioned storytelling" —Daily Mail (London)

Natasha Solomons is a screenwriter and the New York Times bestselling author of The House at Tyneford, The Gallery of Vanished Husbands, Mr. Rosenblum Dreams in English, and The Song of Hartgrove Hall. She lives in Dorset, England, with her husband and young son."
Loading...
or
Not Currently Available for Direct Purchase