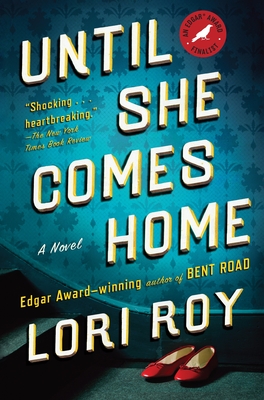 Until She Comes Home

Nominated for a 2014 Edgar Award for Best Novel

“You won’t be able to put [it] down.” —Ladies Home Journal

Lori Roy follows her Edgar® Award-winning debut novel, Bent Road, with a spellbinding tale of suspense set against the crumbling façade of a once-respectable Detroit neighborhood in 1958.

The ladies of Alder Avenue—Grace, Julia, and Malina—struggle to care for one another amidst a city ripe with conflict, but life erupts when child-like Elizabeth disappears. A black woman was recently murdered at the factory where their husbands work, and the ladies fear that crime may foretell Elizabeth’s fate. When an unmistakable sound rings out, will the vicious secrets that bind them all be revealed?

Praise For Until She Comes Home: A Suspense Thriller…

“Backtrack[s] into the past with thrilling results.” –Family Circle

“Rich . . . Lyrical . . . Roy delivers a timeless story that gives shape to those secrets and tragedies from which some people never recover.” –McClatchy-Tribune News Service

“A tour-de-force of mood and suspense.” –Bookpage

“Until She Comes Home is a suspenseful, atmospheric work of crime fiction as well as a clear-eyed look at relationships between the sexes and the races in mid- 20th century America. . . . [S]ecrets — some born of fear, some of kindness, some of rage — power this mystery to a surprising and satisfying end.” –Tampa Bay Times

“Extraordinary. Compelling. And beautifully, quietly, disturbing. Everyone has a secret—and at every second, you fear something terrible is about to happen.  These gorgeously drawn characters and their mysteries will haunt you long after you turn the last page. Lori Roy is an incredible talent.” –Hank Phillippi Ryan, winner of the Anthony, Agatha, and Macavity Awards

“Roy makes every detail count as she builds her characters and gently but inexorably leads them to reexamine their own lives.” –Booklist, starred review

Lori Roy lives with her family in west central Florida. She is the author of the Edgar®-Award winning novel Bent Road.
Loading...
or
Not Currently Available for Direct Purchase