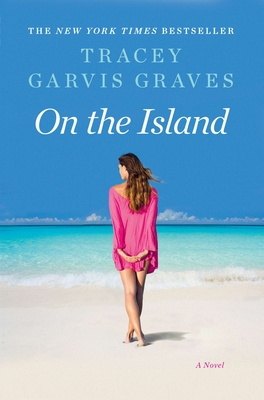 In this runaway New York Times bestseller, a harrowing near-death experience brings together an English teacher and her student as they struggle to survive on a desert island.

Sixteen-year-old T.J. Callahan has no desire to go anywhere. With his cancer in remission, all he wants is to get back to his normal life. But his parents insist that he spend the summer catching up on the school he missed while he was sick.

Anna Emerson is a thirty-year-old English teacher who has been worn down by the cold Chicago winters and a relationship that’s going nowhere. To break up the monotony of everyday life, she jumps at the chance to spend the summer on a tropical island tutoring T.J.

Anna and T.J. board a private plane headed to the Callahans’ summer home, but as they fly over the Maldives’ twelve hundred islands, the unthinkable happens: their plane crashes in shark-infested waters. They make it to shore, but soon discover they’re stranded on an uninhabited island.

At first, their only thought is survival. But as the days turn to weeks, and then months, and as birthdays pass, the castaways must brave violent tropical storms, the many dangers lurking in the sea, and the worst threat of all—the possibility that T.J.’s cancer could return. With only each other for love and support, these two lost souls must come to terms with their situation and find compaionship in one another in the moments they need it most.

Praise For On the Island: A Novel…

Praise for On the Island and Tracy Garvis Graves

“[Garvis Graves is] the patron saint of independent authors.”—Kirkus Reviews

“If you like Lost, Castaway and Fifty Shades of Grey, this initially self-published and now New York Times bestseller will float your boat.”—Genevieve Fox, Daily Mail (London)

Tracey Garvis Graves is the New York Times, Wall Street Journal, and USA Today bestselling author of contemporary fiction. Her debut novel, On the Island, spent 9 weeks on the New York Times bestseller list, has been translated into thirty-one languages, and is in development with MGM and Temple Hill Productions for a feature film. She is also the author of Uncharted, Covet, Every Time I Think of You, Cherish, Heart-Shaped Hack, White-Hot Hack, and The Girl He Used to Know.