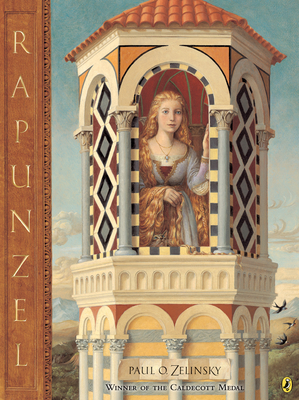 Trapped in a tower with no door, Rapunzel is allowed to see no one but the sorceress who has imprisoned her-until the day a young prince hears her singing to the forest birds. . . . The timeless tale of Rapunzel is vividly and magnificently brought to life through Paul O. Zelinsky's powerful sense of narrative and his stunning oil paintings.

"Simply put, this is a gorgeous book; it demonstrates respect for the traditions of painting and the fairy tale while at the same time adhering to a singular, wholly original, artistic vision." (The Horn Book, starred review)

Paul Zelinsky was born in Evanston, Illinois. He attended Yale University, where he took a course with Maurice Sendak, which later inspired him to pursue a career in children's books. Afterwards he received a graduate degree in painting from Tyler School of Art, in Philadelphia and Rome. Paul Zelinsky lives in New York with his wife, Deborah, and the younger of their two daughters.
Loading...
or support indie stores by buying on