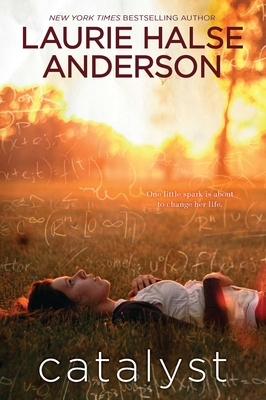 Meet Kate Malone-straight A science and math geek, minister's daughter, ace long-distance runner, girlfriend, unwilling family caretaker, emotional avoidance champion. Kate manages her life by organizing it, as logically as the periodic table. She can handle it all-or so she thinks. Then, like a string of chemical reactions, everything happens: the Malones' neighbors get burned out of their home and move in. Because her father is a Good Man of God (and a Not Very Thoughtful Parent), Kate has to share her room with her nemesis, Teri Litch, and Teri's adorable, troublemaking little brother. And through it all, she's still waiting to hear from the only college she has applied to: MIT. Kate's life is less and less under control-and then, something happens that blows it all apart, and forces her to examine her life, self, and heart for the first time. Set in the same community as the remarkable Speak, Catalyst is a novel that will make you think, laugh, cry, and rejoice-sometimes at the same time.