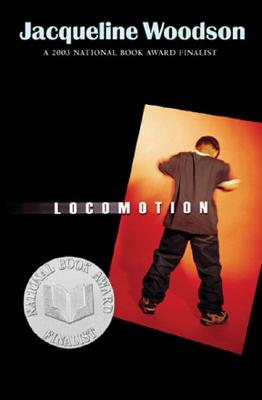 When Lonnie Collins Motion--Locomotion--was seven years old, his life changed forever. Now he's eleven, and his life is about to change again. His teacher, Ms. Marcus, is showing him ways to put his jumbled feelings on paper. And suddenly, Lonnie has a whole new way to tell the world about his life, his friends, his little sister Lili, and even his foster mom, Miss Edna, who started out crabby but isn't so bad after all. Jacqueline Woodson's novel-in-poems is humorous, heartbreaking . . . a triumph.

"Its simple yet honest poetry gives you a clear look into the feelings and emotions of Lonnie as he takes what he is given and makes poetry out of it. Locomotion gives you a point of view not often told and takes you on a journey to remember." --VOYA

Born on February 12th in Columbus, Ohio, Jacqueline Woodson grew up in Greenville, South Carolina, and Brooklyn, New York and graduated from college with a B.A. in English. She now writes full-time and has recently received the Margaret A. Edwards Award for lifetime achievement in writing for young adults. Her other awards include a Newbery Honor, two Coretta Scott King awards, two National Book Award finalists, and the "Los Angeles Times" Book Prize. Although she spends most of her time writing, Woodson also enjoys reading the works of emerging writers and encouraging young people to write, spending time with her friends and her family, and sewing. Jacqueline Woodson currently resides in Brooklyn, New York.
Loading...
or
Not Currently Available for Direct Purchase