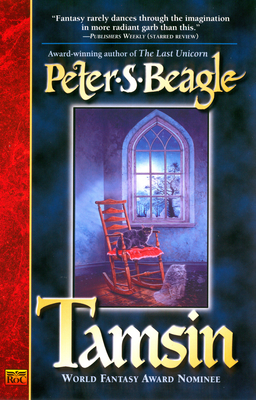 Arriving in the English countryside to live with her mother and new stepfather, Jenny has no interest in her surroundings&150until she meets Tamsin. Since her death over 300 years ago, Tamsin has haunted the lonely estate without rest, trapped by a hidden trauma she can't remember, and a powerful evil even the spirits of night cannot name. To help her, Jenny must delve deeper into the dark world than any human has in hundreds of years, and face danger that will change her life forever. . . .

"Fantasy rarely dances through the imagination in more radiant garb than this." (Publishers Weekly, starred review) "A wonderful narrative . . . [Beagle's] handling of the supernatural is sophisticated and believable." (Realms of Fantasy)

Peter S. Beagle, a World Fantasy Award nominee, is the bestselling author of the fantasy classic The Last Unicorn as well as many other highly acclaimed works. His novels and stories have been translated into sixteen languages worldwide, and his long and fascinating career has covered everything from journalism and stage adaptations to songwriting and performances. He has given readings, lectures, and concerts of his own songs from coast to coast, and has written several screenplays, including Ralph Bakshi's film version of The Lord of the Rings.
Loading...
or
Not Currently Available for Direct Purchase