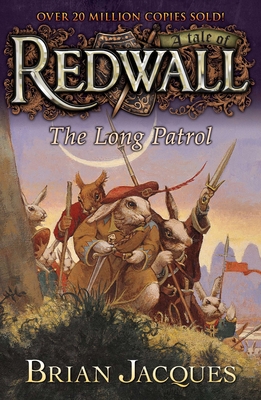 The adventures of Redwall continue, as Jacques' masterful storytelling leads readers through one of the greatest battles yet.

The murderous Rapscallion army is on the move. Dealt a humiliating defeat by Lady Cregga Rose Eyes, the Badger Lady of Salamandastron, who still pursues them, the Rapscallions are heading inland to take an even greater prize: the peaceful Abbey of Redwall. The elite fighting unit of hares, the Long Patrol, is called out to draw them off. At the forefront is the young hare Tammo, the lead sword in one of the most ferocious battles Redwall has ever faced.

“[Jacques is] a masterful storyteller . . . As in the other Redwall books, the combination of an absorbing plot, robust characterization, and detailed description make the novel a page-turner.”—The Horn Book


Praise For The Long Patrol: A Tale from Redwall…

Praise for The Long Patrol

“[Jacques is] a masterful storyteller . . . As in the other Redwall books, the combination of an absorbing plot, robust characterization, and detailed description make the novel a page-turner.”—The Horn Book