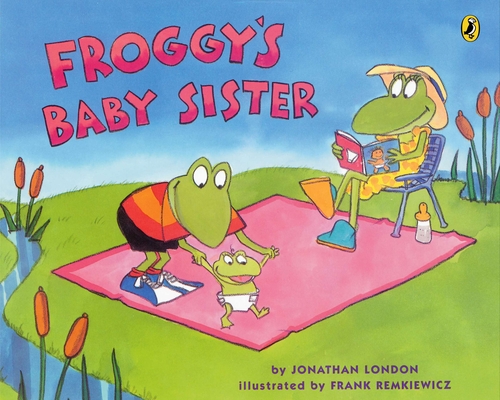 Froggy's parents are expecting a new baby, and Froggy is hoping for a brother. So when his parents introduce him to Pollywogilina, his new baby sister, Froggy is disappointed. Not only is she a girl, but Polly is too little to do anything! Froggy isn't even allowed to take care of her until her tail falls off. Waiting is hard, but just when he's ready to give up, Polly's legs finally grow and big brother Froggy steps in to show her the ropes.

Jonathan London is the creator of twenty-five books about lovable and enduringly popular Froggy.  He is also a poet and a novelist. Jonathan and his wife live in Graton, California.

Frank Remkiewicz has illustrated numerous books for children, including the popular Froggy books by Jonathan London (Viking and Puffin). He lives in Sarasota, Florida.
or support indie stores by buying on
Copyright © 2020 American Booksellers Association