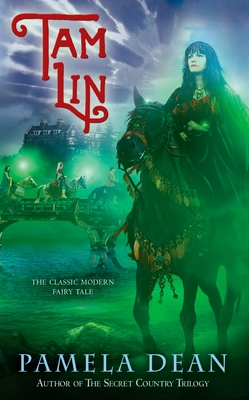 In the ancient Scottish ballad "Tam Lin," headstrong Janet defies Tam Lin to walk in her own land of Carterhaugh . . . and then must battle the Queen of Faery for possession of her lover’s body and soul. In this version of "Tam Lin," masterfully crafted by Pamela Dean, Janet is a college student, "Carterhaugh" is Carter Hall at the university where her father teaches, and Tam Lin is a boy named Thomas Lane. Set against the backdrop of the early 1970s, imbued with wit, poetry, romance, and magic, Tam Lin has become a cult classic—and once you begin reading, you’ll know why. This reissue features an updated introduction by the book’s original editor, the acclaimed Terri Windling.

Pamela Dean is an American fantasy author whose most notable book is Tam Lin, based on the Child Ballad of the same name, in which the Scottish fairy story is set on a midwestern college campus loosely based on her alma mater, Carleton College in Minnesota. She was a member of the writing group The Scribblies, and was a contributor to the Liavek shared-world anthologies. She is a member of the Pre-Joycean Fellowship.
Loading...
or
Not Currently Available for Direct Purchase