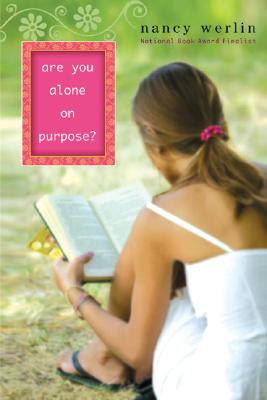 Are You Alone on Purpose?

Harry Roth is the bane of Alison shandling’s existence. He’s obnoxious and rude, and thinks nothing of taunting brainy Alison or making comments about her autistic twin brother. Alison tries to ignore him, but since she sees him at school and at synagogue, he’s hard to avoid. then Harry is injured in a diving accident and winds up in a wheelchair. Now Harry is vulnerable, too, and Alison finds herself inexplicably drawn to him. initially cautious, these unlikely companions begin to understand each other, and their relationship grows first into a friendship and then into something more. . . .

Praise For Are You Alone on Purpose?…

[werlinÆs] skill in sketching out family dynamics and probing the difficult issues of adolescence mark her as a writer worth watching. (Publishers Weekly)