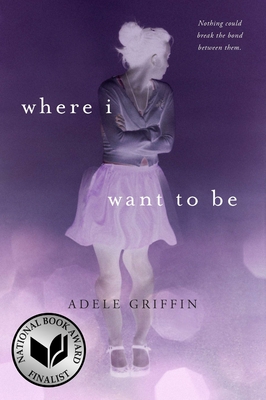 Where I Want to Be

As children, sisters Jane and Lily were inseparable. But as Lily grew up, older sister Jane wanted to forever stay in the makebelieve worlds they had created when they were young. For Jane, the line between fantasy and reality had always been blurred. Then tragedy strikes, and Lily is forced to take on the role of the big sister. But will she be able to carry on and live her life in real time when Jane is forever stuck in a world that is different from reality? With two voices and a haunting narrative, Adele Griffin tells a tale of two sisters whose bond is so strong that it ties them together even after death.

Praise For Where I Want to Be…

Adele Griffin’s critically acclaimed novels include The Other Shepards, Amandine and National Book Award Finalist Sons of Liberty. Her numerous awards and accolades include ALA Best Book for Young Adults,ALA Notable, CCBC Choice, IRA-CBC Children's Choice and Bank Street Book of the Year. She lives in New York City.
Loading...
or
Not Currently Available for Direct Purchase