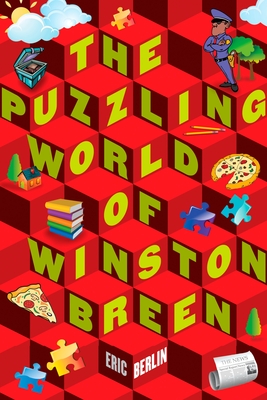 Winston Breen says the only thing better than discovering a puzzle is stumping someone else with it. But when his sister uncovers mysterious strips of wood with words and letters on them, even Winston himself is stumped. Soon the whole family (and some friends) are caught up in the mystery and off on a scavenger hunt that just may lead to a ring worth thousands of dollars! Chock-full of puzzles to solve, some tied to the mystery and some not, this treasure hunt will keep readers' brains teased right up to the exciting ending!

Perfect for fans of The Westing Game, exciting mysteries, and, of course, puzzles!

Praise For The Puzzling World of Winston Breen…

“This ingenious novel, which conjures up The Westing Game and good old Encyclopedia Brown, peppers a classic treasure-hunt plot with nifty puzzles. . . .Readers both avid and reluctant will surface from this unusual mystery with their hearts pounding.”—Booklist, starred review

“A delightfully clever mystery . . . There is plenty of suspense to engage readers, who are sure to enjoy tackling the brainteasers and word games along the way.”—School Library Journal

Eric Berlin creates puzzles for all ages, from kids to adults (his crosswords appear often in The New York Times). He is a member of the National Puzzlers' League and enjoys creating puzzle events for schools and other groups. He lives in Milford, Connecticut, with his wife and two children.
Loading...
or
Not Currently Available for Direct Purchase