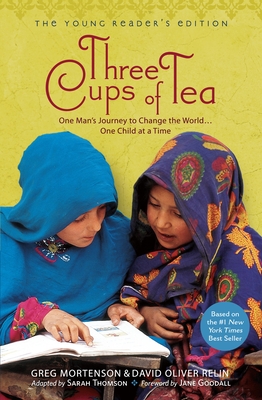 Young Readers Edition: One Man's Journey to Change the World... One Child at a Time

This young readers edition of the worldwide bestseller Three Cups of Tea has been specially adapted for younger readers and updated by Greg Mortenson to bring his remarkable story of humanitarianism up to date for the present. Includes new photos and illustrations, as well as a special interview by Greg’s twelve-year-old daughter, Amira, who has traveled with her father as an advocate for the Pennies for Peace program for children.