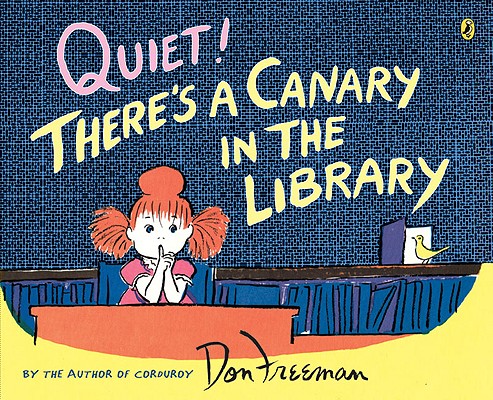 Quiet! There's a Canary in the Library

Cary knows what she would do if she were the librarian. She'd invite all the animals into the library and share her favorite books with lions, bears, peacocks, and monkeys. But the trouble is, not all animals get along with each other. That's where Cary's trouble begins in this lively story from the creator of Corduroy.

Don Freeman was the author and illustrator of many popular books for children, including Corduroy, A Pocket for Corduroy, and the Caldecott Honor Book Fly High, Fly Low.
Loading...
or
Not Currently Available for Direct Purchase