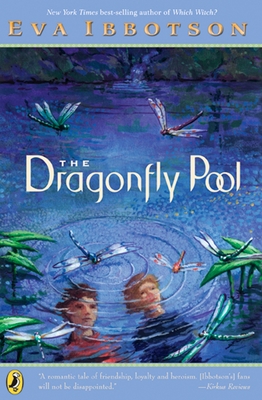 “From the acclaimed author of gems such as The Star of Kazan and Which Witch? comes a lovely story of friendship and adventure. Combining elements of historical fiction, fantasy, and adventure, Ibbotson weaves a wonderful tale of individualism, loyalty, and imagination. Sure to engage readers of all ages and leave them with the delectable feeling of satisfaction that comes with reading a classic.”
— Megan Graves, Hooray for Books!, Alexandria, VA
View the List

At first Tally doesn?t want to go to the boarding school called Delderton. But soon she discovers that it?s a wonderful place, where freedom and selfexpression are valued. Enamored of Bergania, a erene and peaceful country led by a noble king, Tally organizes a dance troupe to attend the international folk dancing festival there. There she meets Karil, the crown prince, who wants nothing more than ordinary friends. But when Karil?s father is assassinated, it?s up to Tally and her friends to help Karil escape the Nazis and the bleak future he?s inherited.

Eva Ibbotson, born Maria Charlotte Michelle Wiesner (1925–2010), was an Austrian-born British novelist, known for her children's books. Some of her novels for adults have been successfully reissued for the young adult market in recent years. For the historical novel Journey to the River Sea (Macmillan, 2001), she won the Smarties Prize in category 9–11 years, garnered unusual commendation as runner-up for the Guardian Children's Fiction Prize, and made the Carnegie Medal, Whitbread Award, and Blue Peter Book Award shortlists. She was a finalist for the 2010 Guardian Children's Fiction Prize at the time of her death. Her last book, The Abominables, was one of eight books on the longlist for the same award in 2012.
Loading...
or support indie stores by buying on