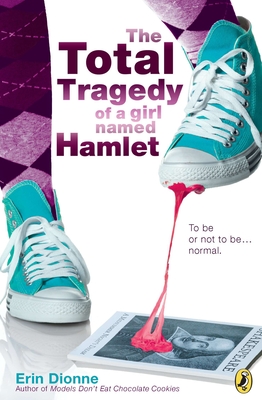 The Total Tragedy of a Girl Named Hamlet

All Hamlet Kennedy wants is to be a normal eighth grader. But with parents like hers - Shakespearean scholars who actually dress in Elizabethan regalia . . . in public! - it's not that easy. As if they weren't strange enough, her genius seven-year-old sister will be attending her middle school, and is named the new math tutor. Then, when the Shakespeare Project is announced, Hamlet reveals herself to be an amazing actress. Even though she wants to be average, Hamlet can no longer hide from the fact that she- like her family - is anything but ordinary.

Praise For The Total Tragedy of a Girl Named Hamlet…

Erin Dionne is an assistant professor of liberal arts at a small college north of Boston, where she teaches freshman comp, lit classes, and some creative writing electives. When not actively promoting her writing with great humor and enthusiastic understanding of the magic and miseries of middle school, Erin reminisces about her days in high school and college marching band. She lives with her husband and daughter in Framingham, Massachusetts.
Loading...
or
Not Currently Available for Direct Purchase