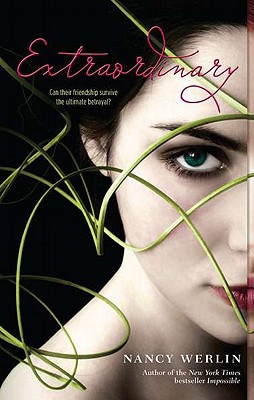 “What on the surface is a highly enjoyable story of suspense involving a covert mission of faery siblings and the mysterious debt that must be paid by a human teen, becomes a subtle yet vital examination of dating violence and esteem issues in adolescent girls. This should be on high school reading lists everywhere. Extraordinary, indeed!”
— Beth Simpson, Cornerstone Books, Salem, MA
View the List

Phoebe finds herself drawn to Mallory, the strange new girl in school, and the two soon become as close as sisters. Then Mallory's magnetic older brother, Ryland, shows up during their junior year. Ryland has an immediate hold on Phoebe - but a dangerous hold, for she begins to question her feelings about her best friend and, worse, about herself. Soon Phoebe discovers the shocking truth about Ryland and Mallory: that they are from the faerie realm, here to collect on an age-old debt. And the price of that debt could cost Phoebe everything. But with the help of her friend Ben, Phoebe ultimately learns her own worth and breaks the generations-old curse.

"Werlin crafts her characters so deftly and unrolls the story so cleverly . . . readers will be under the spell to the end." - Booklist

"A compelling tale of friendship and a refreshing antidote to faerie stories about that one special girl deserving of supernatural love." - Kirkus Reviews