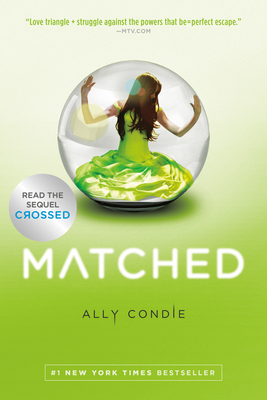 In the Society, Officials decide. Who you love. Where you work. When you die.

Cassia has always trusted the Society’s choices. And when her best friend appears on the Matching screen, she is certain he’s the one—until she sees another face flash for an instant before the screen fades to black. Now she is faced with impossible choices: between Xander and Ky, between the only life she’s ever known and a path no has dared to follow . . . between perfection and the truth.

Look for the sequel, CROSSED, and the epic series finale, REACHED!