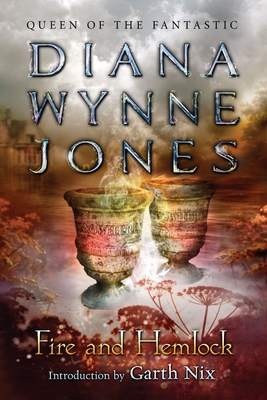 A fantastic tale by the legendary Diana Wynne Jones—with an introduction by Garth Nix.

Polly Whittacker has two sets of memories. In the first, things are boringly normal; in the second, her life is entangled with the mysterious, complicated cellist Thomas Lynn. One day, the second set of memories overpowers the first, and Polly knows something is very wrong. Someone has been trying to make her forget Tom - whose life, she realizes, is at supernatural risk. Fire and Hemlock is a fantasy filled with sorcery and intrigue, magic and mystery - and a most unusual and satisfying love story.

Widely considered to be one of Diana Wynne Jones's best novels, the Firebird edition of Fire and Hemlock features an introduction by the acclaimed Garth Nix - and an essay about the writing of the book by Jones herself.

Praise For Fire and Hemlock…

Diana Wynne Jones was the multiple award-winning author of many fantasy novels for children, teenagers, and adults. Her book Howl's Moving Castle was made into an Academy Award-nominated major animated feature by Hayao Miyazaki. She received the World Fantasy Lifetime Achievement Award in 2007. Married to the medievalist J. A. Burrow, with whom she had three sons, she lived for many years in Bristol, the setting for many of her books. Diana Wynne Jones passed away in March 2011, after a long illness.

Garth Nix is the author of the Abhorsen Trilogy.
Loading...
or support indie stores by buying on