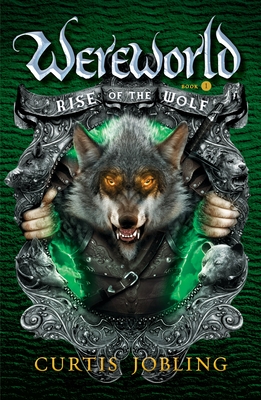 Rise of the Wolf (Wereworld #1)

Imagine a world ruled by Werelords--men and women who can shift at will into bears, lions, and serpents. When Drew suddenly discovers he's not only a werewolf but the long-lost heir to the murdered Wolf King's throne, he must use his wits and newfound powers to survive in a land suddenly full of enemies. Drew's the only one who can unite the kingdom in a massive uprising against its tyrant ruler, Leopold the Lion. But the king is hot on Drew's tail and won't rest until he's got the rebel wolf's head.

"Game of Thrones for the tween set." —School Library Journal

Praise For Rise of the Wolf (Wereworld #1)…

Praise for the Wereworld series:

Rage of Lions
“Give Jobling a… hand for crafting a sequel that’s even more lurid and action packed than the opener.”—Kirkus Reviews

Shadow of the Hawk
“Plotlines and were-creatures proliferate …there’s enough spilled blood and shape changing here to appease the most demanding fans of either.”—Booklist

Curtis Jobling is best known as the designer of the BAFTA-winning BBC show Bob the Builder. He is also the creator/director/producer of Nickelodeon's Curious Cow animated shorts and the author and illustrator of several picture books. He resides in Warrington, United Kingdom.
Loading...
or support indie stores by buying on