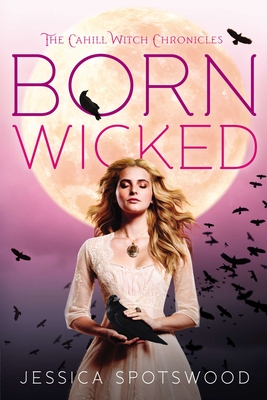 “Born Wicked is set in 1899, in a small New England town called Chatham. There are three sisters in the Cahill family who have been gifted with magical abilities. Since their mother's death some years ago, Cate has been keeping an eye on the girls, making sure their magic stays a secret, but the Brotherhood, an oppressive religious patriarchy, sees all. This a glorious book, lush, provocative, and Gothic -- and the love interest is spectacular.”
— Krys Tourtois, Schuler Books & Music, Lansing, MI
View the List

A gorgeous, witchy, romantic fantasy by a debut author! Perfect for fans of Kristin Cashore and the Beautiful Creatures series!

Everybody thinks Cate Cahill and her sisters are eccentric. Too pretty, too reclusive, and far too educated for their own good. But the truth is even worse: they're witches. And if their secret is discovered by the priests of the Brotherhood, it would mean an asylum, a prison ship--or an early grave. Then Cate finds her mother's diary, and uncovers a secret that could spell her family's destruction. Desperate to find alternatives to their fate, Cate starts scouring banned books and questioning rebellious new friends, all while juggling tea parties, shocking marriage proposals, and a forbidden romance with the completely unsuitable Finn Belastra. But if what her mother wrote is true, the Cahill girls aren't safe--not even from each other.

Jessica Spotswood lives in Washington, D.C., with her playwright husband and a cuddly cat named Monkey. She's never happier than when she's immersed in a good story, and swoony kissing scenes are her favorite.

"A tale so captivating you don't want it to end." — Andrea Cremer, New York Times bestselling author of the Nightshade series

"...the fate of the Cahill sisters inspires genuine dread by the time the cliffhanger ending arrives." — Publishers Weekly
or support indie stores by buying on
Copyright © 2020 American Booksellers Association