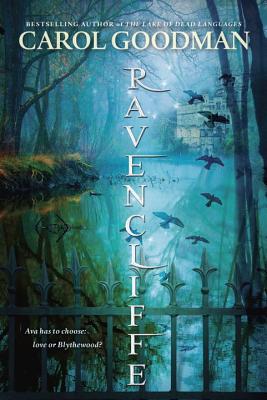 Avaline Hall is no ordinary girl.

She’s a student at Blythewood Academy, an elite boarding school that trains young women to defend human society from the shadowy forces that live among us.  After the devastating events of her first year at Blythewood, Ava is eager to reunite with her friends—and with Raven, the compelling but elusive winged boy who makes her pulse race. She soon discovers, though, that the sinister Judicus van Drood hasn’t finished wreaking havoc on Blythewood—and wants to use Ava and her classmates to attack a much bigger target.

Ava’s the only one with any hope of stopping van Drood. But to scuttle his plans, she must reveal her deepest secret to everyone at Blythewood. What’s she willing to sacrifice to do what’s right—her school?  Her love?  Or her life?

Praise For Ravencliffe (A Blythewood Novel #2)…

"Rife with atmosphere, adventure and romance, this is a fantasy world worth getting lost in for a while." —Kirkus

"Recommend this supernatural melodrama to fans of Gail Carriger and Libba Bray." —Booklist

"[This] book is highly readable... especially to readers who have already devoured the works of authors like Libba Bray." —Voya

Carol Goodman is the author of The Lake of Dead Languages, The Seduction of Water, The Drowning Tree, The Ghost Orchid, The Sonnet Lover, The Night Villa and Arcadia Falls, and Blythewood. Her work has appeared in such journals as The Greensboro Review, Literal Latte, Midwest Quarterly, New York Quarterly and Other Voices. After graduating from Vassar College, where she majored in Latin, she taught Latin for several years in Austin, Texas. She then received an M.F.A. in fiction from the New School University, where she now teaches writing. She has been nominated for the IMPAC award twice, the Simon & Schuster/Mary Higgins Clark award, the Nero Wolfe Award, and was awarded the 2003 Hammett Prize.  Her novels have been translated into ten languages. She lives in New York’s Hudson Valley. Visit her at carolgoodman.com.
Loading...
or
Not Currently Available for Direct Purchase